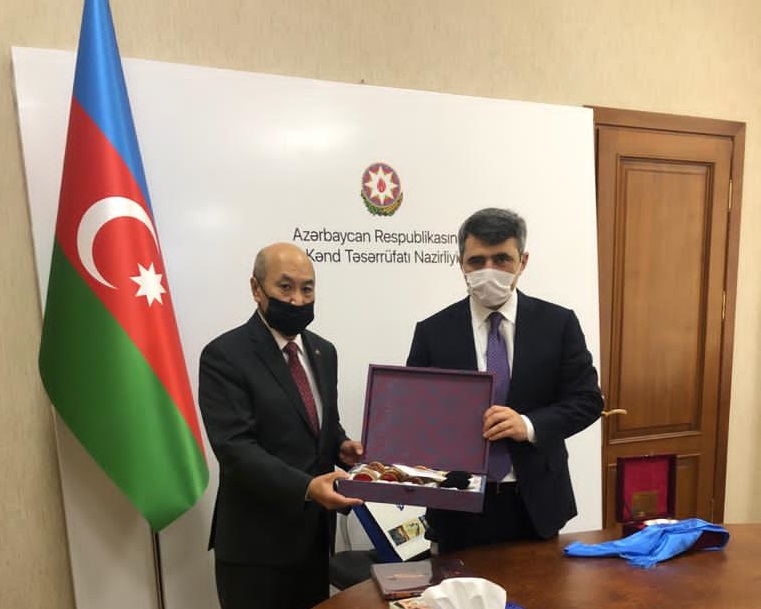 Moreover, Ambassador conveyed the Foreign Minister Enkhtaivan’s letter addressed to H.E. Mr. Jeyhun Bayramov, Minister of Foreign Affairs of Azerbaijan. During the visit, he visited “Azerkhalcha”, an Open Joint Stock Company implementing a project of building a factory intended to produce goods made of the Mongolian wool. Azerbaijani Government hosted through its scholarship two Mongolian students who have been studying at the State Oil and Industry University in Baku since 2019. Furthermore, Ambassador called on H.E. Mr. Altynbek Mamaiuspov. Secretary General of the Parliamentary Assembly of the Turkic-Speaking Countries Cooperation Council and took part as a guest in the Military Parade devoted to the Victory in the Nagorny Karabakh War.